The “Madrigalchor Eppendorf” was founded in 1989 under the name “Kulturhaus Chor” and is located since that time in ”Kulturhaus Eppendorf“ in Hamburg. 1994 the choir was renamed into ”Madrigalchor Eppendorf”.
This name represents one focus in music, a-cappella-works of the Renaissance period. The repertoire also includes romantic and contemporary music. Since 2007 the choir is a registered association. 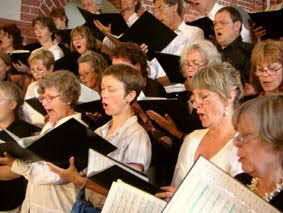 The Madrigalchor Eppendorf e.V. is a mixed choir of about 60 singers and performs two concerts in Hamburg and two summer concerts in Mecklenburg-Vorpommern almost every year, alternating secular and sacred programmes.
In addition Oratorio works are performed and the choir travelled abroad and is open for project work. 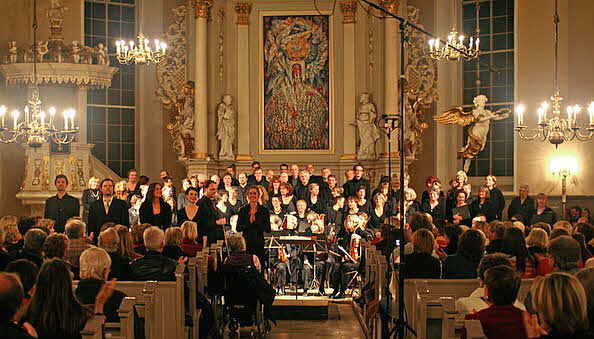 Uschi Krosch is the conductor of the choir since 2001.
She has the diploma (piano) and musical pre-school education of Musical Academy Cologne and diploma of choirconduction of Musical Academy Hamburg.
She works as musical teacher but works also for musical production in theatres. In 2004 she founded the ”Chamberchoir Altona” who performs mainly a cappella works from 19th and 20th century and cooperate in crossover projects with other kinds of art. Meanwhile she conducts the choir of HAW too.  Uschi Krosch is also taking part in musical production in various Theatres.

Substitutional Samuel Busemann had conducted the choir from September 2016 to Juli 2017.

Our activities can be traced under menue Programme.